Transform the energy system through the creation of DERs

We believe that maximizing the use of energy sources distributed throughout the community, including residential PV systems, will contribute to realize a sustainable society.

Share Denki has achieved the innovation of providing PV systems with no initial cost, which used to require a large initial investment, and has been supported by many users and partners.

Each energy resource, such as PV system and energy storage system, may be insignificant in the context of the entire power system.However, when these distributed energy resources are bundled together, we believe they can have a significant impact.

Our mission is to transform the energy system for the better through the creation of distributed energy resources and the provision of innovative products.

Impression at All Moments

Impression is to exceed expectations.
For everyone involved. 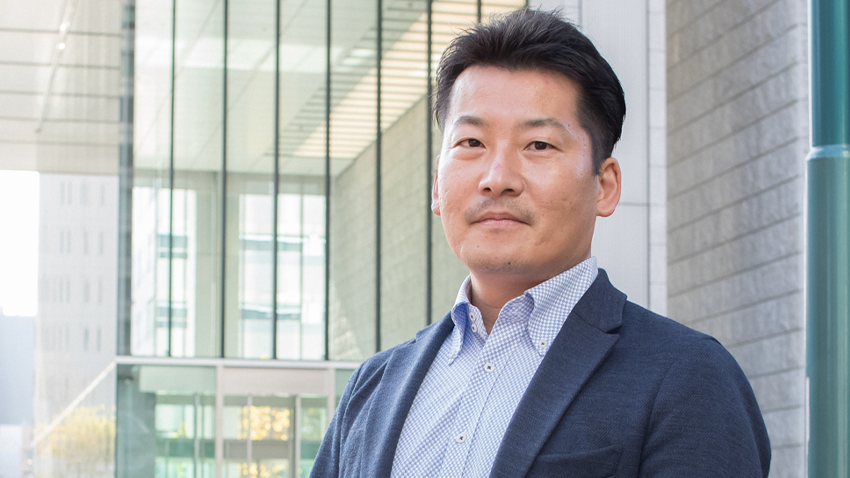 Share Denki, which started with the idea of “making solar power generation more accessible,” has been supported by many customers as a service with “no initial cost” and “no daytime electricity charges.

The third party ownership or PPA model, in which the customer does not “own” the PV system, but rather “uses” it, is now becoming more widespread, thanks in part to the support of local governments and the government. However, since this model was completely new that overturned common sense, we received a lot of concerns from users and partners.

Nevertheless, with a strong belief that “spreading this service will benefit customers and society,” all members of our team have continued to sincerely listen to such voices, and the number of contracts for Share Denki exceeded 1,000 nationwide.

Now, we are continuing to expand into a platform that accelerates not only solar power generation but also the local production and local consumption of renewable energy. In the future, we will continue to contribute to the world by transforming the energy system through the creation of distributed energy resources and to realizing a sustainable society.

After working on management reform projects for a major general trading company at ABeam Consulting Ltd., he established I AND C Cruises CO., Ltd. in 2008 and became its representative director. Awarded Top 5 in the Tohmatsu Japan Technology Fast 50 for three consecutive years as a CEO. Founded Sharing Energy Co., Ltd. in 2018. After I&C Cruises Co., Ltd. was acquired by ZIGExN Co., Ltd.(TSE 1st Section), and then he became a Director and Founder of Sharing Energy in February 2020.

After graduating from Keio University in 1997, he worked for 16 years at EY Ernst & Young LLP’s NewYork Office and the International Department of EY Ernst & Young LLP, where he was involved in Japanese, U.S., and IFRS accounting audits, advisory services, and due diligence.Later, he was appointed CFO at Kingsoft Corporation and General Manager of Finance & Accounting Department at Japan Taxi Co. As CFO of Kyoto Robotics, he was in charge of accounting and finance, corporate planning, human resources, legal and general affairs, as well as fundraising, M&A projects, and preparation for listing.After completing the buyout mission of Kyoto Robotics, he joined Sharing Energy in April 2021.

After working in sales and management at several companies including a foreign manufacturer and a renewable energy development company, he joined I AND C Cruises Co., Ltd. in 2011, where he led a breakthrough in the wholesale business of PV systems as General Manager of the Supply Division. He joined Sharing Energy Co., Ltd. in 2018 and has been in charge of all sales activities of Share Denki.

After graduating from Kobe University, he was engaged in corporate sales and new business development at an energy consulting company.He was involved in the certification of BEMS aggregators by METI In 2012 and the registration of specified large-scale electric utilities in 2013. In 2017, he managed the sales department at an IT-based electric power company and became a director of PinT Corporation in 2019, a joint venture with the Tokyo Electric Power Group. After working in the retail electricity business as Deputy General Manager of Sales and General Manager of Operations, he joined Sharing Energy in April 2021.

After graduating from the school of Engineering (Department of Planning, Architecture and Environmental Systems) at Nagasaki University, she started her career for a construction consulting company. Later, she established a sales and installation company for PV system in 2011 and became its representative director. After she joined I AND C-Cruise Co., Ltd. and engaged in the trading business of renewable energy products, she was appointed the position of Representative Director of Sharing Energy Co., Ltd. in January 2018.

After graduating from Keio University’s Faculty of Policy Management, he joined at I AND C Cruises Co., Ltd. where he was mainly involved in new business development in the energy field, including the establishment of a PPS company and the launch of one of the largest LP gas switching services in Japan. From January 2018, he has been in charge of business development at Sharing Energy Co., Ltd.